Be the FIRST to unlock its potential 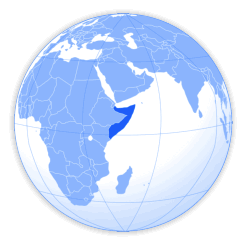 Somalia is a country recovering from nearly 3 decades of civil unrest and as such this gives rise to great investment opportunities. Somalia is about the same size as France, slightly smaller than the state of Texas in the US. The country strategically borders Ethiopia a landlocked country with the second largest population in Africa. Somalia with the longest coastline on the African continent (3,025km), this could be a major hub between Africa the Middle East and Asia.

The country is endowed with uranium, iron ore, tin, gypsum, bauxite, copper, salt, natural gas and oil. The country, in spite of the many years of conflict, has maintained an informal economy largely based on the export of livestock mainly camels and remittances of money from one of the world's largest diasporas.

It also has very large potential for commercial agriculture and forestry. With only a population of 10 million, it has one of the largest Diasporas estimated at over 5 million living in North America, Europe and the Middle East. This group sends home billions of dollars annually. A great proportion of this diaspora are well educated to degree level. The country badly needs investment in energy, manufacturing, finance, infrastructure and agribusiness.

East Africa stands a chance to take advantage of this market and its opportunities. This is also an opportunity to get the population engaged in meaningful economic activity that will stave off war caused by high unemployment, economic disenfranchisement and insecurity. With the geographical proximity, short distances by air travel, maritime accessibility, same language (especially in Kenya), this could be a game changer for the region and continent. Somalia at full scale commercial agriculture could feed the whole of Africa. The time is now and opportunities come once.